Proven Lifestyle Changes to Effectively Lose Weight and Keep it Off

Diet fads are not only confusing but can be dangerous, especially if you are constantly switching from one to another. According to Psychology Today, weight loss is a 60-billion-dollar industry!
Unfortunately, over two-thirds of all dieters regain their lost weight. So how do you lose weight and keep it off? These tried-and-true methods are backed by both researchers and doctors — and they also helped me lose 40 lbs and maintain that weight loss for over two years! Here’s what the research has to say: 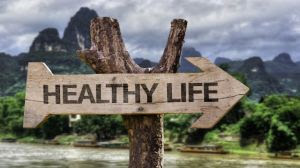 I was in a job I hated and was stressed to the point that my doctor recommended I quit my job due to health concerns. I did, and began to practice meditation and mindfulness. I also began cooking, and although my cooking wasn’t healthy, it was certainly more natural. I lost my first 5 lbs through mindfulness, reducing stress and impulsive eating, and learning how to cook.
I had been reading about plant-based lifestyles and felt drawn to it for personal reasons. As a result, I began eating more vegetables and naturally reducing the amount of trans fats and saturated fats in my diet.
I became vegetarian, then vegan and eventually adopted a whole food diet. I also began adding light cardio and toning to my lifestyle, exercising three days a week. I lost 30 additional pounds from these changes: choosing a diet and sticking with it, exercising to boost my metabolism, and eating more vegetables.
The last few pounds I lost were due to dietary changes I made because of bodily inflammation. You see, initially, as I shifted to more vegetarian options, I ate more dairy and bread products to feel more full and to satisfy my emotional food attachments. However, once I realized this was causing inflammation, I changed my diet overnight. I didn’t look back, and as a result I became more consistent in all of my dietary changes.
I now exercise every weekday for at least thirty minutes and burn some calories over the weekend with house chores. My exercises are more intense and I can finally notice distinct muscular definition, which will help me keep the weight off. I have remained at around 100 lbs. for over two years now and feel amazing. Despite being medically overweight for years, I did it and you can too!
My weight loss is due to a culmination of all the lifestyle changes I have made, and the consistency and determination that followed. I eat fruits and vegetables in every single meal, and I workout regularly but focus on my diet.
I restrict calories and stick with it, and I have options for life’s unexpected moments. I look at menus before going out to eat, and I treat my diet and exercise regimen as a permanent lifestyle choice, not a temporary quick fix.
I am one of many for whom these tips have worked. Diet fads come and go, but these tips are tried and true. Out of all these tips, the most important ones are consistency and determination to never give up. Everyone’s body is different and there is no quick fix. If you are truly committed to your health goals, you will eventually see results. Never give up on yourself. You are worth the effort.
Posted by Unknown at 6:27 AM