By Marion Callahan STAFF WRITER for phillyBurbs.com
On Oct. 1, every state will have a health insurance marketplace, also called an exchange, where people can shop for coverage. They’ll be able to enroll by mail, online, over the phone or in person through federally certified counselors called navigators. Enrollment for the health law’s new coverage options starts Oct. 1; benefits kick in Jan.1.
The federal website — healthcare.gov — is the primary way consumers can get details about the act and coverage options, and find out which companies offer plans in their area.
U.S. Department of Health and Human Services Secretary Kathleen Sebelius said that department is launching its own 24-hour consumer call center to answer questions in 150 languages and is partnering with 1,200 community health centers and libraries across the country to help inform and educate consumers.
Pharmacy chains including CVS Caremark and Walgreens have said they’ll step in to assist consumers. And insurance agents and brokers are expected to advise customers, although they aren’t required to be impartial or discuss all options.
As of now, the major challenge with the Affordable Care Act, Pollitz said, is that the lack of public awareness about the changes.
“Though many people are aware they may be penalized without insurance come 2014, they don’t understand that the majority of the country’s uninsured are low-income and eligible for subsidies to help them play for plans,” she said.
Her advice: “People need to brace themselves for a wait, and they shouldn’t wait until the last minute to explore their options.”
Also, she said, beware of scam artists who pose as official navigators, but are simply hunting for personal information. Fraud.org, a project of the National Consumers League, reports that confusion surrounding the law is opening the door to con artists.
A common scam has people saying they’re from the federal government and directing consumers to purchase insurance cards to be eligible for coverage. They then intimidate consumers into giving their bank account routing numbers or making a direct cash transfer by using words like “it is the law” or “the government now requires it.”
Pollitz said consumers can safeguard themselves by going through the federally authorized navigators, listed on healthcare.gov. “When in doubt, go to them,” she said.
Rates in Pennsylvania’s insurance marketplace won’t be made public until Oct. 1, the first day the insurance marketplace opens.
The Affordable Care Act makes subsidies available on a sliding scale based on income. Consumers with household incomes of between 100 percent and 400 percent of the federal poverty level may qualify for government subsidies. Essentially, those earning up to four times the federal poverty level — up to $45,000 for a single person — will be able to get some help paying their premiums.
Not everyone who doesn’t get health insurance will be penalized.
Among those exempted from the penalty: people/families who don’t earn enough to file an income tax return (about $10,000 for an individual); people for whom coverage would be an economic hardship (costing above 8 percent of their income); those with religious objections; people who are incarcerated; and members of a Native American tribe.
“If coverage is truly unaffordable — if you can’t find a plan costing 8 percent of your monthly income or less — you can receive a financial hardship exemption and not have to pay the penalty,” said Erin Ninehouser, Pennsylvania’s Health Access Network’s education and outreach director.
Posted by Unknown at 7:53 PM No comments:

STAMP (Students at Museums in Philly) 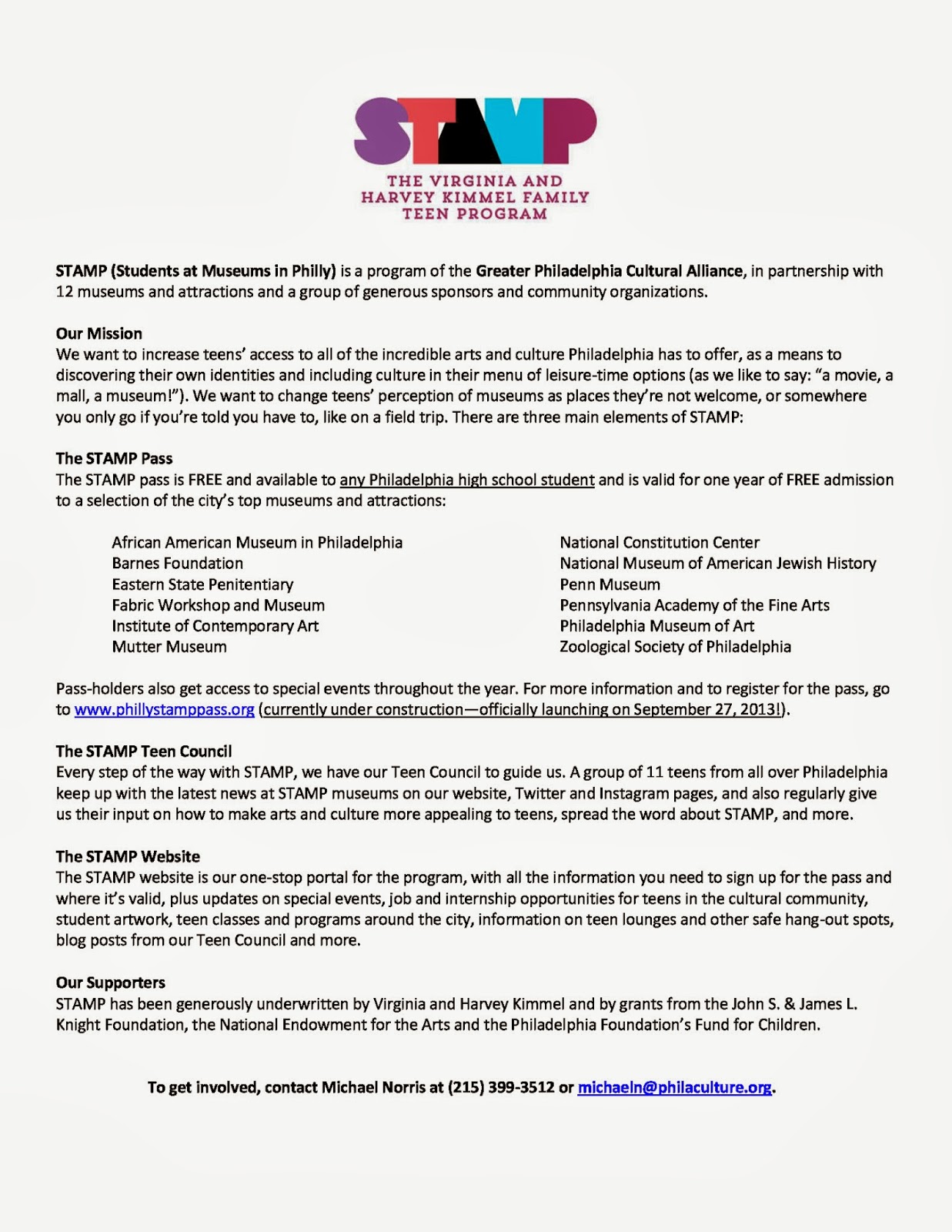 Posted by Unknown at 7:52 PM No comments:

"...is involved in a scheme that involves soliciting consumers for semi-secured credit cards through the U.S. mail. Potential victims receive solicitations and program agreements, which may mention that Credit One Bank, N.A., is connected with the card agreement. Credit One Bank, N.A., has no connection to this entity."
The fraudsters target consumers with poor credit and offer semi-secured credit cards as a way of repairing their credit. The offers arrive via mail and look like many other such secured credit card solicitations. AmTrade's letter asks victims to send cash deposits of $500 or $900 to secure credit limits of $1,500 or $3,600, respectively. The checks are deposited, but the secured Visa card never arrives. (If you're wondering if you've received one of these offers, take a look at the images at the end of this piece.)
This is the second government alert for this kind of scam since July. Freedom 1st National Bank was making the same fraudulent pitch to consumers. Credit One Bank was also referred to in Freedom 1st's offers. The scammers may seek to alleviate suspicion by including the name of a legitimate bank in the fine print.
Secured credit cards can be a good first step toward repairing poor credit while also offering the credit challenged the convenience and security of a credit card. Scam artists know that people with poor credit do not have many options and are more likely to accept a credit offer, even if it looks suspicious. (See also: What Are Secured Credit Cards?)

Protect Yourself From Fraud

Posted by Unknown at 7:40 AM No comments: 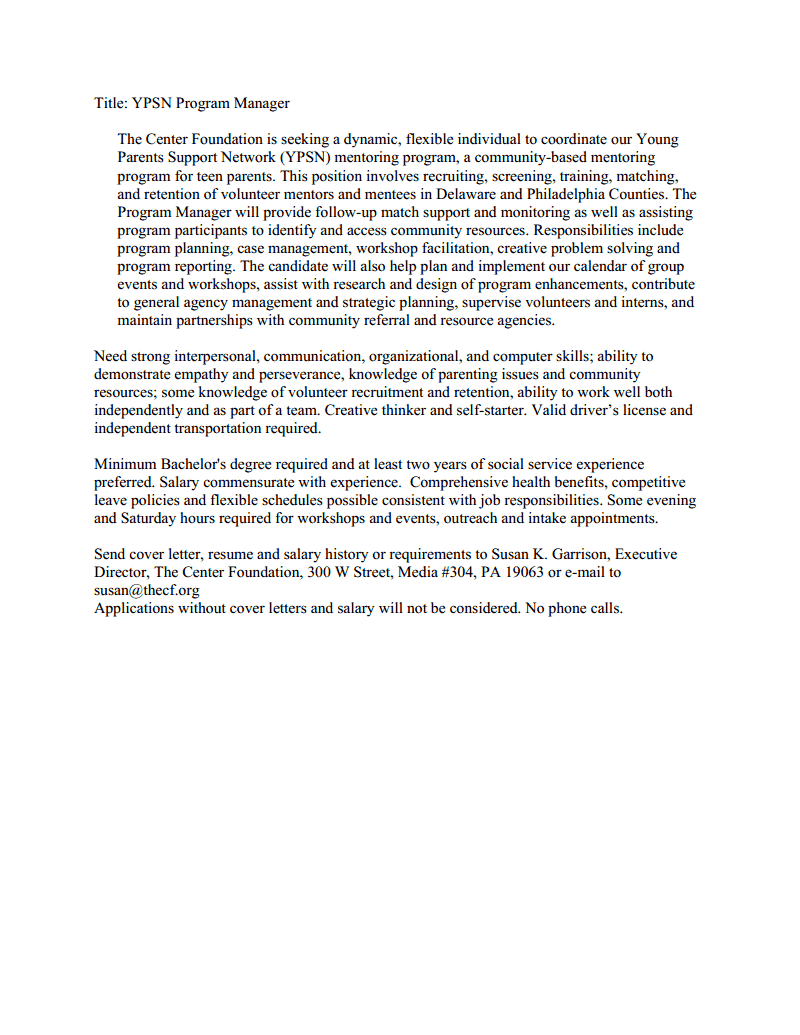 Posted by Unknown at 7:39 AM No comments: 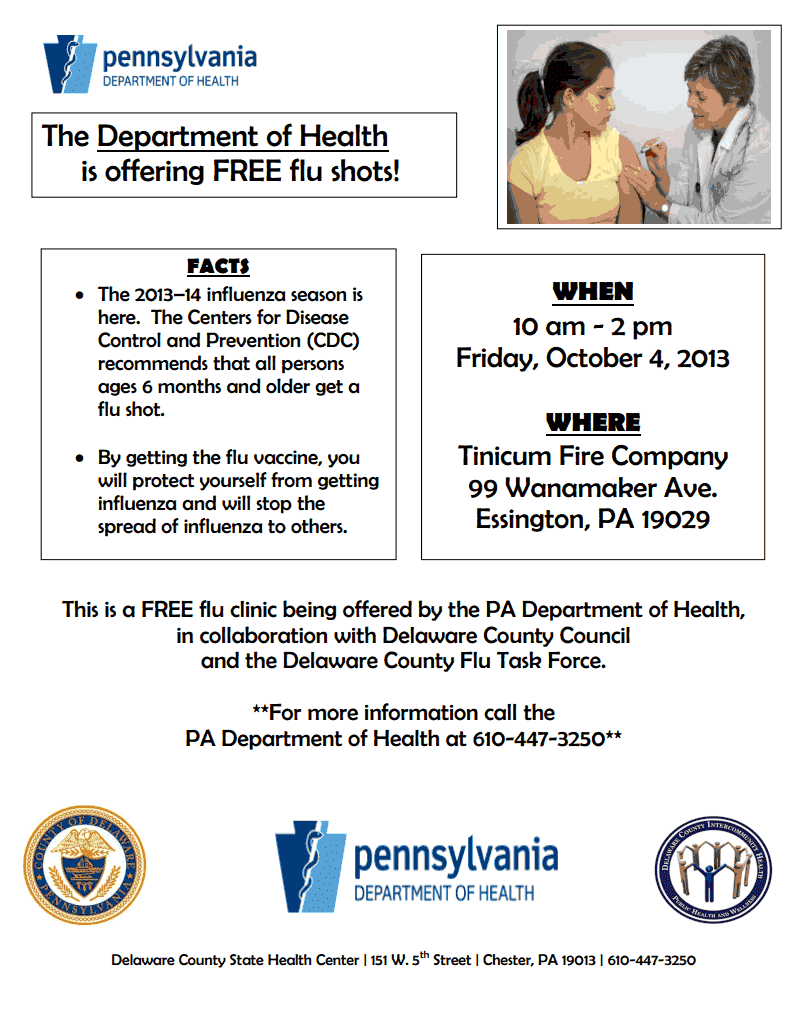 Posted by Unknown at 7:36 AM No comments:

Would you consider volunteering to help your fellow citizens in an emergency?
We are building our citizen volunteer teams now... Medical and non-medical volunteers needed!
Learn more and register for the Delaware County Medical Reserve Corps viahttps://www.serv.pa.gov. Once you have registered, affiliate with Medical Reserve Corps and then the Delaware County MRC unit.
To get DELCO Emergency Alert Notifications and register as a DELCO volunteer. Sign up athttps://delco.alertpa.org/register.php

Posted by Unknown at 7:34 AM No comments:

Posted by Unknown at 7:30 AM No comments:

Join Us for the Fare & Square Grand Opening this Saturday!

Posted by Unknown at 7:27 AM No comments:

Search for a museum by keyword
Please enter in a search term, state or both to find a museum near you.

You Searched in Pennsylvania