How Generosity Makes You a Happier Person 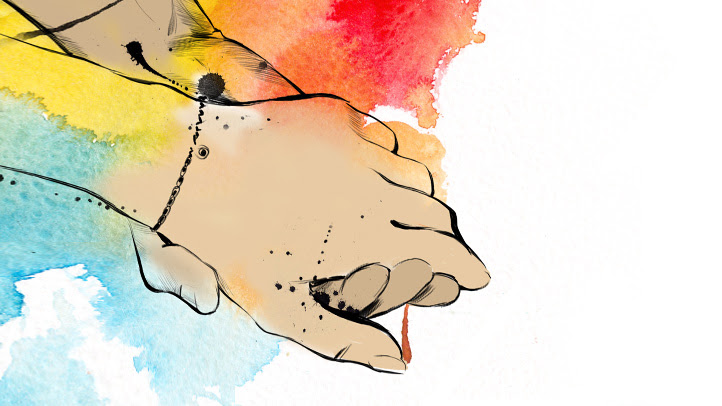 When Joshua Williams was four years old, strapped to a booster seat in the backseat of his mother’s car, he told her to stop the car. He had a $20 bill in his pocket — a birthday present from his grandmother — and he knew exactly what he was going to do with it: give it to the homeless man on the street. Hardly a year after that incident, he became quite possibly the world’s youngest foundation president, leading Joshua’s Heart Foundation. Its mission is to “stomp out world hunger” and to “break the cycle of poverty.” To date, people in need have received 450,000 pounds of food through the foundation.

The day after Christmas of 2004, Czech model Petra Nemcova, then age 25, and her fiancé, photographer Simon Atlee, 33, were vacationing in Khao Lak, Thailand, when the devastating tsumani hit. It killed 230,000 people in 14 countries, including Atlee. Nemcova, who’d broken her pelvis, clung to a palm tree for eight hours until she was transferred by helicopter to a hospital. Barely a year after the tsumani, and still recovering from her physical and emotional wounds, Nemcova set up the Happy Hearts Fund with the vision of rebuilding schools and the lives of young victims of natural disasters.

These are just two of the many inspiring stories featured in the new book The Giving Way to Happiness by philanthropy advisor Jenny Santi.


The Mental and Physical Benefits of Giving 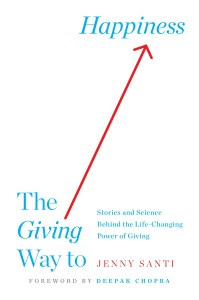 In her pages, Santi shares a wealth of scientific data that points to the link between giving and happiness, and how altruism is hardwired into the brain. For example, a study led by Jordan Grafman, a neuroscientist at the National Institutes of Health, showed that when participants donated to charities, functional magnetic resonance imaging (fMRI) showed that an area of the brain known as the anterior prefrontal cortex lit up. She explains:


The results demonstrated that when the volunteers placed the interests of others before their own, the generosity activated a primitive part of the brain that usually lights up in response to food or sex. Donating affects two brain “reward” systems working together: the midbrain ventral tegmental area (VTA)-striatum mesolimbic network, which also is stimulated by food, sex, drugs, and money; as well as the subgenual area, which is stimulated when humans see babies and romantic partners.

There are physical benefits to giving as well. In fact, the term “helper’s high” was introduced 20 years ago by volunteerism and wellness expert Allan Luks to describe the powerful physical sensation experienced when helping others. This even extends to those activities, like caregiving for a spouse, that are thrust upon us. A 2009 study in Psychological Science led by Stephanie Brown showed that spending at least 14 hours a week providing care to a spouse predicted decreased mortality for the caregiver. When we participate in altruism or volunteer activities, our brains release a “do good” hormone called oxytocin. Interestingly enough, Santi explains, “when our compassion circuits are turned on, our angry circuits cannot be activated.”

I experienced all this when I created the Beyond Blue Foundation, a nonprofit that offers hope and support to people with treatment-resistant depression. But a few months into it, dedicating 25 or 30 uncompensated hours of my week got old — especially while trying to manage two demanding kids, a day job, and treatment-resistant depression myself. Also, the process of fundraising produced a lot of anxiety and depression for me: As a highly sensitive person, being shut down 99 times out of 100 when asking for money felt demoralizing. I tried not to take it personally, but ultimately realized that I am not built from the same material as a friend of mine, a director of development who tried to convince me that fundraising is a “ministry.”
After a lot of tears and frustration, I had a candid conversation with God, in which I asked him, “Why did you plant this seed in my heart if managing this nonprofit is producing the very symptoms that its mission is trying to relieve in others?” I made clear to Him that I would much rather prepare for five colonoscopies — in five foreign countries — than have to ask friends and family for money and waste time applying for grants (because I have yet to get one). If this thing was going to happen, I told Him, it was up to Him to make it work.
Two things happened next.
First, a woman I don’t know sent me $1,000 completely out of the blue, which paid the hosting and tech support fees for Project Beyond Blue (our online depression community) for five months.
Second, a woman in Germany reached out to me and said that after reading all of the desperate stories on Project Beyond Blue, she would like to set up the Beyond Blue Grants Program and donate $1,000 to help someone pay for a depression treatment that he or she cannot afford.
I was blown away by the kindness and generosity of these two women. They made me realize why I had formed the foundation in the first place. The “helping high” came back as the second woman and I collaborated on the details of the new Beyond Blue Grants Program that would help pay for an alternative treatment for someone with unrelenting depression, and give that person an ounce of hope that could possibly save a life. Her purity of heart moved me past my burnout and back into the spirit of altruism.

Burnout is very real, though, which is why I was pleased that Santi addressed it in her chapter on compassion fatigue. If you’re not careful, you’ll get to stage four (like I did) in no time at all: serious stress symptoms, complete cynicism, loss of professional interests and apathy, and negative attitudes toward work. I decided to implement three of her recommendations from people who stay resilient and happy while doing good work.
They take care of themselves first. If I’m not careful, I can easily spend 40 uncompensated hours a week responding to foundation emails and questions on our forums. So I created a special email just for my editors at Everyday Health and my husband. No one else either pays me or makes breakfast for my kids. With this separate email address, I can take breaks from all other messages if I need to, and I can limit the time I devote to them. It was important for me to make the distinction between my charity efforts and my compensated work, because the charity work was beginning to take over my life, which was causing resentment and other problems. After separating “what pays” from “what does not pay,” I decided to set aside 10 or 15 hours a week to charity work, depending on how much time is left over after my compensated work is done.
They know how to say ‘no.’ I’m still very bad at this. But I’ve recently asked for more help running Project Beyond Blue and the foundation so that I don’t have to do so much myself. Life happens, and sometimes people can’t do what you’ve asked. This is especially a problem when you’re not paying anyone. So instead of getting in there and picking up the slack, I have decided to either get someone else to do it, or let the thing go — whether it be a program or emails or some other request from members. The ugly truth is that saying “no” sometimes results in a mess that you have to learn to live with, maybe moving it out of your view instead of fixing it.
They renew their energy by going deeper into the cause. This is what the woman from Germany did for me. I was just getting ready to tell the board that I had no intention of adding any new programs for the next two years — because I was severely allergic to asking for money — when I received her gracious email. Her compassion was contagious, and before long, I remembered why I went to the trouble of forming the foundation: to help those who think their future is hopeless.
Santi’s book is a great read not only for those involved in nonprofit work, but for anyone who wants to know how to give, how to find a purpose, or how to make an impact. I found it incredibly inspirational to discover the stories behind why some of the largest philanthropists in the world give their time and money to a cause. Warning, though: It’s very possible you’ll catch the giving bug by peaking inside the covers.
Join ProjectBeyondBlue.com, the new depression community.
Posted by Unknown at 8:57 AM