Ringing Ears: What You Need to Know

For 20 percent of Americans, ringing in the ears, or tinnitus, is a daily affliction, and in 90 percent of those cases there is hearing loss. Up to 60 percent of veterans who served in Afghanistan and Iraq return home with tinnitus and hearing loss.
A peek into the brain of a tinnitus sufferer
In an effort to gain a better understanding of the mechanism of tinnitus, researchers from the University of Iowa made a recording from the brain of a 50-year-old sufferer. The recording of the man’s brain gave scientists a look at the networks responsible for ringing in the ears.
Tinnitus is actually just a perceived sound of ringing in the ears, without an actual source of the sound being present. This latest study shows how differently tinnitus is represented in the brain as opposed to normal sounds.
Many areas of the brain are involved in tinnitus
“Perhaps the most remarkable finding was that activity directly linked to tinnitus was very extensive and spanned a large proportion of the part of the brain we measured from,” said co-author of the study Will Sedley from Newcastle University in the United Kingdom. “In contrast, the brain responses to a sound we played that mimicked [the subject’s] tinnitus were localized to just a tiny area.” These experiments were possible because of patients who required invasive brain mapping to prepare for epilepsy surgery. These patients volunteered to participate in the research studies at the same time.
“This has profound implications for the understanding and treatment of tinnitus, as we now know it is not encoded like normal sound, and may not be treatable by just targeting a localized part of the hearing system,” said co-author Phillip Gander, a postdoctoral research scholar in the neurosurgery department at the University of Iowa. “We found essentially that almost all the hearing parts of the brain are involved.”
Brain recordings are a key part of research
Both Sedley and Gander are part of the Human Brain Research Laboratory that use direct recordings from neural activity in the brain. These recordings serve as investigatory tools for understanding sensory, cognitive, and perceptual processes involved in language, speech, hearing and emotion.
“It is such a rarity that a person requiring invasive electrode monitoring for epilepsy also has tinnitus that we aim to study every such person if they are willing,” explained Gander.
“That’s why our paper is a big deal for scientists,” said Gander. “We’re able to say what is specific to the tinnitus itself, as opposed to the distress or lapses of attention they might have because of their tinnitus.” 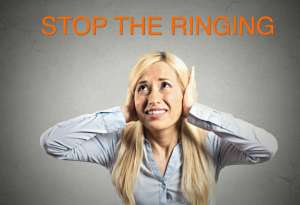 Narrowing in on future pathways for treatment
So far, there have been approximately 15 people each year that participate in the research. In the instance of this study, the 50-year-old man just happened to be an epilepsy patient with tinnitus in both ears and hearing loss.
“Maybe the reason tinnitus is so treatment-resistant,” said Gander, “is because it’s involved with so many parts of the brain. So any sort of treatment might not be able to knock out one area of that system. You might have to target all of them, which might be very difficult.”
—The Alternative Daily
Posted by Unknown at 7:58 AM