Is The Air We Breathe Making Us Fat And Depressed?

We’ve known for a long time that air pollution is a problem for both the environment and our health. However, new research is suggesting that air pollution may harm our bodies in ways that we never could have imagined. In fact, it may be altering our metabolisms — and even our brains.
The air pollution-obesity connection
A study published earlier this month in the Journal of the Federation of American Societies for Experimental Biology found that exposing pregnant rats to polluted Beijing air led to weight gain, higher cholesterol, and lower insulin resistance after just three weeks. After the pregnant rats gave birth during their study, their infant rats were found to have developed the same health problems.


The reason air pollution may have caused these health problems? Inflammation, say the researchers. “Since chronic inflammation is recognized as a factor contributing to obesity, and since metabolic diseases such as diabetes and obesity are closely related, our findings provide clear evidence that chronic exposure to air pollution increases the risk for developing obesity,” said researcher Junfeng Zhang, who worked on the study.
As we know, inflammation not only affects our weight. It plays a role in just about every health problem out there. This may be why air pollution is linked to such a wide variety of health issues.
Air pollution and your brain
Research on long-term exposure to air pollution in both humans and animals suggests that air pollution may cause physical changes to the brain, resulting in learning and memory problems, and even depression and anxiety.
In one study, researchers at Ohio State University exposed a group of mice to polluted air for six hours per day, five days per week, for five months — about half of their lifespan. When they compared this group of mice to another group of mice that had breathed clean air throughout that time, they found that it took the mice breathing dirty air longer to learn new tasks. They were also more likely to forget what they’d learned. In another study performed by the same researchers, the group of mice exposed to polluted air was also more likely to display anxious and depressive behavior.
Far from getting these results by exposing the mice to excessive amounts of pollution, the researchers said that the mice were exposed to amounts of air pollution similar to levels that humans are exposed to living in urban areas.
Again, the researchers of this study cited air pollution’s ability to increase inflammation as the reason these changes in the brain happened. “We suspect that the systemic inflammation caused by breathing polluted air is being communicated to the central nervous system,” said lead author Laura Fonken. 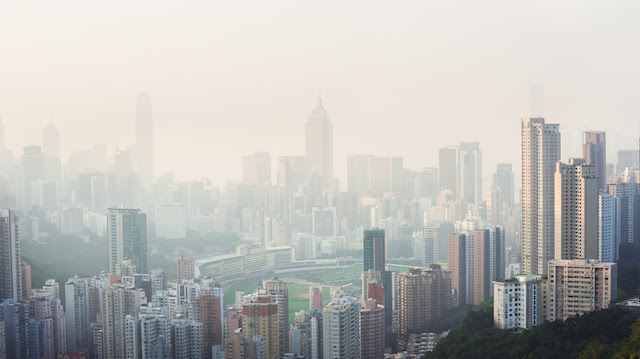 Other research suggests that air pollution may also distort brain function in humans. Studies performed in Utah, Vancouver and Korea have all found that exposure to certain air pollutants may cause an increased risk of suicide in men. In 2012, the American Psychological Association reported that children exposed to air pollution were more likely to experience symptoms of anxiety and depression.
That’s not all…
Studies on air pollution’s health effects have linked exposure to stroke, Alzheimer’s, and stillbirth risk, not to mention poor respiratory function and lung damage!
We each have a responsibility to reduce air pollution
Given the massive impact that air pollution appears to be having on both our health and our climate, it’s high time we put some serious effort into trying to reduce it. Although it may seem like air pollution is a problem created by big business and frequent flyers, in reality, we are all contributing to it, and we all have a responsibility to reduce our own impact. You can find out more here about strategies and lifestyle changes you can make to improve the air we breathe!
—Teresa Manring
Posted by Unknown at 9:17 AM