The Link Between Vitamin D Deficiency and Diabetes

Vitamin D and type 2 diabetes
A study that was published in the Endocrine Society’s Journal of Clinical Endocrinology & Metabolism reveals that there is a link between low levels of vitamin D and diabetes, which has no connection with body weight.

A “Scientific Statement on the Non-Skeletal Effects of Vitamin D” was released by the Endocrine Society, which explained the findings of scientific studies linking vitamin D deficiency with obesity. It further explained how these same individuals had a higher likelihood of also developing pre-diabetes, type 2 diabetes, and metabolic syndrome, compared to people with normal levels of vitamin D.

Obesity was not a consistent factor
The latest study was conducted on 118 participants at the University Hospital Virgen de la Victoria in Malaga, and 30 participants at the Hospital Universitari Dr. Josep Trueta in Girona, Spain. Researchers analyzed vitamin D biomarkers of the participants and classified them by factors such as body-mass index (BMI) and whether they had been diagnosed with prediabetes, diabetes, or glycemic disorders.

Measurements were taken of the participant’s blood levels of vitamin D, as well as the receptor gene expression of vitamin D in adipose tissue.

Researchers concluded that the direct link was between vitamin D levels and glucose levels, rather than any body-mass index factors such as obesity.

According to one author of the study, Manuel Macias-Gonzalez, Ph.D. of Complejo Hospitalario de Malaga and the University of Malaga:
“Our findings indicate that vitamin D is associated more closely with glucose metabolism than obesity. The study suggests that vitamin D deficiency and obesity interact synergistically to heighten the risk of diabetes and other metabolic disorders. The average person may be able to reduce their risk by maintaining a healthy diet and getting enough outdoor activity.” 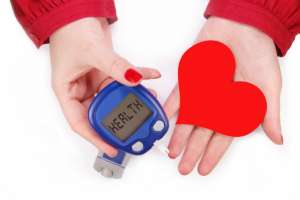 However, there have also been some conflicting studies that did not show successful prevention of diabetes development from supplementation of vitamin D in subjects. Clearly, further studies are needed to work out all the definitive connections between vitamin D and its possible role in the prevention of glucose metabolic disorders.

For now, while we await further research, remember to enjoy safe and responsible time in the sun as often as you can – your body needs those healing rays!
-The Alternative Daily
Posted by Unknown at 7:03 AM