Many respected health experts have been saying for years that sugar is pure poison. We here at The Alternative Daily have also reported extensively on the many dangers of the sweet stuff. Now, we have even more – and even more troubling – evidence of sugar’s highly addictive nature.
In a new study recently published in the journal PLOS One, researchers have reported that sugar, specifically the type of processed sugar added to junk foods, is a whopping eight times more addictive than cocaine!

This discovery that an innocuous-looking candy bar could be even more addictive than a street drug with many known risks, including death, should be a huge warning flag for everyone reading to put down the sugary snacks at once.
To summarize, the study authors wrote: “the current study provides preliminary evidence that not all foods are equally implicated in addictive-like eating behavior, and highly processed foods, which may share characteristics with drugs of abuse (e.g. high dose, rapid rate of absorption) appear to be particularly associated with ‘food addiction.'”

For their study, a research team, led by Dr. Nicole Avena of the Icahn School of Medicine at Mount Sinai, recruited 504 participants and analyzed their eating habits. The participants also answered questions to determine their levels of food addiction. These questions included those that asked participants to agree or disagree with certain statements, including “I eat to the point where I feel physically ill.”

When results of the questionnaires were analyzed against the specific foods that the participants ate, the most addictive food uncovered by the study was… pizza. While this may come as a surprise to some, Dr. Avena explains that just the tomato sauce in a slice of processed pizza may contain more sugar than several Oreo cookies!

Other ‘worst foods’, following pizza, were chocolate, chips, cookies and ice cream. The least addictive foods were found to be, not very surprisingly, cucumbers, carrots, beans, apples and brown rice. According to Dr. Avena, the most addictive foods tended to be those that were highly glycemic.
These processed foods also often contain high fructose corn syrup instead of plain sugar – and as we recently reported, high fructose corn syrup has been found to be even more dangerous – and tied to addictive properties by previous research.

According to cardiologist Dr. James O’Keefe, “when we eat wheat flour and sugar in processed foods, it spikes our (blood) sugar, then insulin. Those are the hormonal disturbances that make you store belly fat, and then you are hungry for more sweets and starchy junk food.”
While sugar addiction is not yet an officially recognized addiction, and more research needs to be done on the addictive properties of various foods, O’Keefe says that overcoming a sugar addiction can come with withdrawal symptoms, like withdrawing from other drugs. These may include irritability, nervousness, mood changes and nausea. 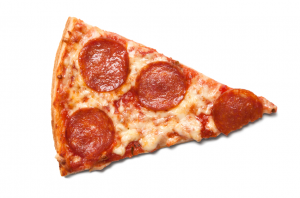 However, according to O’Keefe, if you stick with it and ditch the sugar, you will reap significant rewards. “Blood pressure comes down, diabetes goes away, obesity goes away, complexion clears up, mood clears up, sleep improves. It is really, really striking,” Keefe explained.

Kicking the sugar habit isn’t easy, but in order to protect your health, it is quite necessary. If you’re struggling with giving up the habit, check out our guide to eating less sugar in 2015 – you’ll be glad you did.
-The Alternative Daily
Posted by Unknown at 9:07 AM